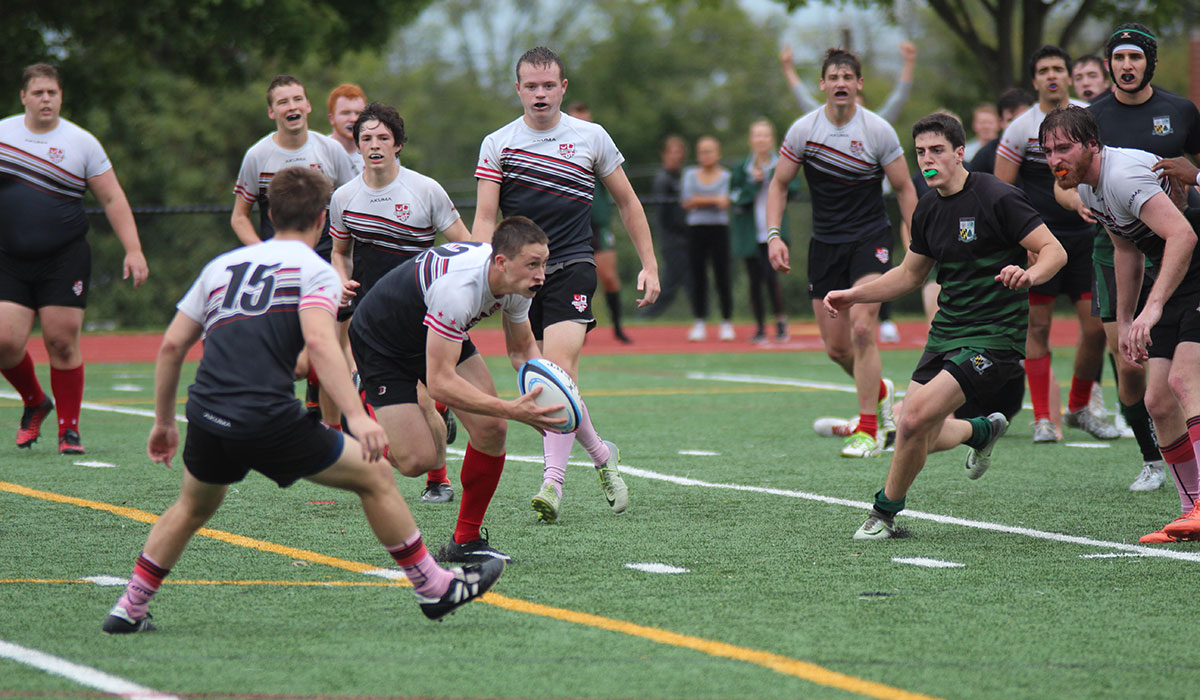 Club sports at Catholic University provide students the opportunity to dedicate their time to practices and games because they love athletics and the friendships they develop through a sport. Club sports teams compete throughout the academic year against other colleges and universities. Students take ownership of their teams through leadership roles that can involve organizing practices, making travel arrangements, hiring coaches, recruiting players, and setting up schedules. Learn more about club sports on the Nest.

The intramural sport program provides an opportunity for all students to enjoy themselves through team sports. Grab some old friends, make some new ones, and play for an intramural championship! These leagues are just for fun, and compete against other teams on campus.

Sports vary by semester and have included basketball, indoor soccer, cornhole, kickball, volleyball, flag football, and more! If you have a sport recommendation, email fitness-recsports@cua.edu.

Interested in Esports? Come check out our Esports Lounge in the Pryzbyla Center Room 224 for recreational gaming, join the Esports Club or tryout for our competitive League of Legends and Overwatch teams!

Recreational Equipment for Check Out

Email fitness-recsports@cua.edu to reserve equipment for your event!

Cardinals Level Up With Esports Team

Cardinals Level Up With Esports Team